Before he was one of the most prolific album makers and recognizable figures in popular music, Willie Nelson was a humble songwriter who wrote hits for country stars like Patsy Cline and Faron Young. Nelson soon made his own name covering pop and C&W standards. His dry, wry voice and plaintive, understated delivery eventually helped him reach wider pop audiences. In the 1970s he spearheaded “outlaw” country — the non-Nashville alliance between “redneck” country musicians and “hippie” rock musicians. His stature grew exponentially throughout the 1980s with classic singles like “On the Road Again” and “Always on my Mind,” his participation in the supergroup the Highwaymen (with Kris Kristofferson, Johnny Cash, and Waylon Jennings) and the Farm Aid concerts he helped organize to benefit family farmers. Meanwhile, his problems with the Internal Revenue Service and leisure-time marijuana use made Nelson something of an “outlaw” for real — and a counterculture-style hero to many.

Nelson was born in Abbott, Texas, on April 30, 1933, and raised by his grandparents. He worked cotton fields until he was ten, when he began playing guitar in local German and Czech polka bands. He joined the air force, after which he attended Baylor University in Waco, Texas. Before dropping out, he sold Bibles and encyclopedias door-to-door, worked as a disc jockey and musician, and taught Sunday school. While teaching Sunday school in Fort Worth, Nelson was also playing honky-tonk clubs on Saturday nights; when his parishioners demanded he choose between the church and music, he chose the latter. He played bars around the country, taught guitar, and wrote songs.

With the fifty dollars he earned from his first published song, “Family Bible,” Nelson went to Nashville, where songwriter Hank Cochran got him a publishing contract. Nelson wrote pop and C&W hits for many artists: “Night Life” for Rusty Draper, “Funny How Time Slips Away” for Jimmy Elledge and Johnny Tillotson, “Crazy” for Patsy Cline, “Hello Walls” for Faron Young, “Wake Me When It’s Over” for Andy Williams, and “Pretty Paper” for Roy Orbison. Eventually, he had a recording contract of his own, but his weathered tenor and his taste for sparse backup were considered uncommercial.

When his Nashville home burned down around 1970, Nelson moved back to Texas, continuing to record, write, and perform. In 1972 he held his first annual Fourth of July picnic, featuring young and old rock and country musicians, in Dripping Springs, Texas — an event that would soon become a local institution. The Fourth of July was named Willie Nelson Day by the Texas Senate in 1975.

In Austin, Nelson also began to clarify his own ideas on country music, simultaneously reclaiming traditions of honky-tonk, Western swing, and early country music and giving the songs a starker, more modern outlook. Phases and Stages, a concept album produced by Arif Mardin, introduced Nelson’s mature style, and 1975’s Red Headed Stranger (Number 28 pop, Number One country), a “country opera,” made his music a commercial success. With a hit remake of Fred Rose’s “Blue Eyes Crying in the Rain” (originally recorded by Roy Acuff in the 1940s), the album went gold. In 1975 Nelson shared the compilation Wanted! The Outlaws (Number 10 pop, Number One country) with Waylon Jennings, Tompall Glaser, and Jessi Colter, three other country musicians ignored by the Nashville establishment; it was the first platinum country album.

Nelson and his band, which included his older sister Bobbie on piano, toured constantly through the 1970s and were a major concert attraction throughout the South and West before the rest of the country caught on. But by the end of the decade, Nelson was an established star, producing albums that consistently topped the country charts through the early Eighties and also fared well on the pop charts. Willie and Family Live (Number 32, 1978) went double platinum.

Meanwhile, Nelson’s songwriting tapered off; he did an album-length tribute to Kris Kristofferson and made duet albums with George Jones, Merle Haggard, and Ray Price. The 4 million-seller Stardust (Number 30, 1978), produced by Memphis veteran Booker T. Jones, was an album of old pop standards. For Honeysuckle Rose (Number 11, 1980), Nelson wrote one new song, “On the Road Again,” that became a Number One country single and a Number 20 pop hit. In the early Eighties Nelson had multiplatinum albums with Greatest Hits (& Some That Will Be) (Number 27, 1981) and Always on My Mind (Number Two, 1982), while maintaining his prolific output of music and films.

The first Highwaymen collaboration with Kristofferson, Jennings, and Cash (Number 35, 1985) went gold — as did the 1985 Half Nelson, though it reached only Number 178 on the pop albums chart. In 1984 Nelson dueted with Julio Iglesias on the Number Five pop hit “To All the Girls I’ve Loved Before”; in 1985 he helped launch the first Farm Aid concert for America’s embattled family farmers. Along with Neil Young and John Mellencamp, he has helped organize each succeeding Farm Aid benefit show.

Since the early 1970s Nelson has sported his standard attire: long hair and beard, headband, jeans, T-shirt, and running shoes. The latter four items were nearly the only possessions he had left after the IRS investigated him and in 1990 slapped him with a $16.7 million bill. Nelson was forced to auction off almost all of his possessions in 1991 (most of them reportedly bought by friends who vowed to return them to Nelson once he regained financial stability). To help raise desperately needed capital, Nelson sold Who’ll Buy My Memories? (subtitled The IRS Tapes) direct through an 800 telephone number. Nelson and the IRS eventually agreed to a $9 million settlement, and the singer sued the accounting firm of Price Waterhouse, claiming it had mismanaged his finances. More money came in through Nelson’s appearances in TV and radio ads for Taco Bell.
Nelson was inducted in the Country Music Hall of Fame in 1993. That same year, he recorded the acclaimed Across the Borderline (Number 75, 1993), on which such in-demand rock pros as producer Don Was (who had recently rescued Bonnie Raitt and the B-52’s from commercial oblivion) and mixer Bob Clearmountain recorded Nelson duetting with Bonnie Raitt, Sinéad O’Connor, and Bob Dylan, on tunes by Dylan, Paul Simon, Peter Gabriel, John Hiatt, and Lyle Lovett. Nelson followed that with Moonlight Becomes You, a Stardust-style album of old pop standards that began with a “hidden” track in which Nelson told listeners that the album was on independent Justice Records because no major label would gamble on releasing such a record. Be that as it may, Nelson moved to Liberty for his next recording, 1995’s Healing Hands of Time, another set of pop standards.

In 1996 he became the first country performer to sign with Island Records and released the self-penned, self-produced Spirit; he followed that with the critically acclaimed Teatro (Number 104, 1998), a collaboration with producer Daniel Lanois. Eclectic as always, Nelson then released a jazzy collection of instrumentals on 1999’s Night and Day.

The unpredictable Nelson began the new millennium releasing Milk Cow Blues, on which he revisited some of his older material. Nelson released Me and the Drummer, a collection that came with a scrapbook, the same year. In 2001 he issued a diverse collection of country classics, The Rainbow Connection, and in 2002 he released The Great Divide, a collection of adult pop-oriented covers which, at Number 43, was his highest-charting album since the early Eighties. Crazy: The Demo Sessions, a collection of his publishing demos from the early 1960s, was released on Sugar Hill in 2003, and later that year, Nelson teamed up with Ray Price again on Lost Highway Records for Run That By Me One More Time. He continued to work with Lost Highway records for It Always Will Be (Number 75, 2004), Outlaws and Angels (Number 69, 2004), and Countryman (Number 46, 2005), an attempt to incorporate reggae into his country sound.

In 2006, Nelson released You Don’t Know Me: The Songs of Cindy Walker, a faithful cover album followed by Songbird (Number 87, 2006), a collaboration with Ryan Adams and the Cardinals. Nelson then joined forces with country greats Ray Price, Merle Haggard and Asleep at the Wheel, for Last of the Breed (Number 64, 2007). Moment of Forever (Number 56, 2008) was produced by Buddy Cannon and Kenny Chesney, and was geared towards contemporary mainstream country music fans.

Ever the maverick, Nelson turned around and issued Two Men with the Blues, a critically lauded jazz-country fusion collaboration with Wynton Marsalis that topped the jazz chart and reached Number 20 on the pop chart. That year saw the publication of Texas writer Joe Nick Patoski’s definitive biography, Willie Nelson: An Epic Life. But that epic life was hardly over, as Nelson returned in 2009 with Willie and the Wheel (Number 90), another collaboration with Asleep at the Wheel, this time on a set of songs made famous by Western swing legend Bob Wills. That same year he also released American Classic, yet another set of pop standards.

Portions of this biography appeared in The Rolling Stone Encyclopedia of Rock & Roll (Simon & Schuster, 2001). Mark Kemp contributed to this story. 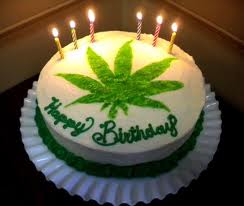