A New York Times bestseller in both hardcover and paperback.

Winner of the 2011 SSTAR Consumer Book Award (Society for Sex Therapy & Research), and the Foundation for the Scientific Study of Sexuality’s Harriet and Ira Reis Theory Award in Sexology for 2011.

“The single most important book about human sexuality since Alfred Kinsey unleashed Sexual Behavior in the Human Male on the American public in 1948.”
— Dan Savage

“Funny, witty, and light . . . the book is a scandal in the best sense, one that will have you reading the best parts aloud and reassessing your ideas about humanity’s basic urges well after the book is done.”
— Newsweek

“[Sex at Dawn] helps put the ‘human’ back in ‘human sexuality.’”
— AASECT (American Association of Sexuality Educators, Counselors and Therapists)

On an almost daily basis we are inundated with stories about the collapse of the latest celebrity marriage—and infidelity is almost always the cause of the break up. Is it even possible for two people to stay together happily over an extended period of time? Since Darwin’s day, we’ve been told that sexual monogamy comes naturally to our species. But it doesn’t, and never has.

Mainstream science—as well as religious and cultural institutions—has long maintained that men and women evolved in nuclear families where a man’s possessions and protection were exchanged for a woman’s fertility and fidelity. But this narrative is collapsing. Fewer and fewer couples are getting married and divorce rates keep climbing while adultery and flagging libido drag down even seemingly solid marriages.

In SEX AT DAWN, renegade researchers Christopher Ryan and Cacilda Jethá debunk almost everything we “think we know” about sex.

Ryan and Jethá show how our promiscuous past haunts our current struggles regarding monogamy, sexual orientation, and family dynamics. Some of the themes they explore include:

• why long-term fidelity can be so difficult for so many;
• why sexual passion tends to fade even as love deepens;
• why many middle-aged men risk everything for an affair;
• why homosexuality persists in the face of standard evolutionary logic; and
• what the human body reveals about the prehistoric origins of modern sexuality

Ryan and Jethá show that our ancestors lived in egalitarian groups that shared food, child care, and often, sexual partners. Weaving together convergent, often overlooked evidence from anthropology, archeology, primatology, anatomy, and psychosexuality, the authors show how far from human nature sexual monogamy really is. They expose the ancient roots of human sexuality while pointing toward a more optimistic future illuminated by our innate capacities for love, cooperation, and generosity.

In the tradition of the best historical and scientific writing, SEX AT DAWNunapologetically upends unwarranted assumptions and unfounded conclusions while offering a revolutionary understanding of why we live and love as we do. A controversial, idea-driven book that challenges everything you know about sex, marriage, family, and society.

Paperback edition was released on July 5, 2011.

Sex at Dawn is available now in the U.S, Canada, Australia, New Zealand, Finland, Spain, and Korea. Coming soon in Japanese, Chinese, Polish, Ukrainian, Russian, Romanian, Slovenian, Czech, and Albanian. If you know any publishers in Germany, France, Italy, or Portugal, tell them to get with the program already!

Check out Christopher’s blogs at Psychology Today and Huffington Post.
To say hello, request an interview or media appearance, please use the contact form on this site.

Impact of Sexual Side Effects

DO SEXUAL SIDE EFFECTS OF MOST ANTIDEPRESSANTS JEOPARDIZE ROMANTIC LOVE AND MARRIAGE?, PRESENTED BY HELEN E. FISHER, PHD

Primary Neurochemicals of Each System

Interaction of These Systems

Adaptive Mechanism of Depression and Conclusion 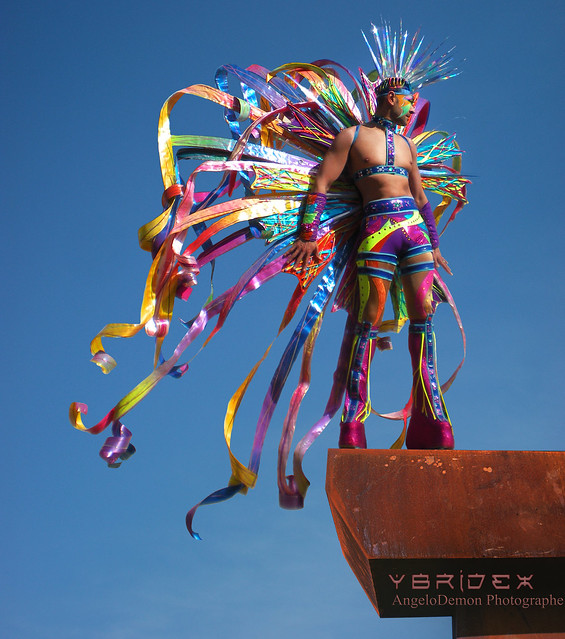 LGBT History Month celebrates the achievements of 31 lesbian, gay, bisexual or transgender Icons. Each day in October, a new LGBT Icon is featured with a video, bio, bibliography, downloadable images and other resources.

U.S. and Brazilian scientists have just proven that one of Bob Dylan’s most famous lines—”everybody must get stoned”— is correct. That’s because they’ve discovered that the brain manufactures proteins that act like marijuana at specific receptors in the brain itself. This discovery, published online in The FASEB Journal, may lead to new marijuana-like drugs for managing pain, stimulating appetite, and preventing marijuana abuse.

Studies show that the release of the body’s own marijuana-like compounds is crucial to stress-induced analgesia the body’s way of initially shielding pain after a serious injury.

Cannabinoid compounds have been shown to inhibit the growth of tumour cells in culture and animal models by modulating key cell-signalling pathways.

Scientists from Hungary, Germany and the U.K. have discovered that our own body not only makes chemical compounds similar to the active ingredient in marijuana (THC), but these play an important part in maintaining healthy skin. This finding on “endocannabinoids” just published online in, and scheduled for the October 2008 print issue of, The FASEB Journal could lead to new drugs that treat skin conditions ranging from acne to dry skin, and even skin-related tumors.

“Our preclinical data encourage one to explore whether endocannabinoid system-acting agents can be exploited in the management of common skin disorders,” said Tamás Biró, MD, PhD, a senior scientist involved in the research. “It is also suggested that these agents can be efficiently applied locally to the skin in the form of a cream.”
Biró and colleagues came to this conclusion by treating cell cultures from human sebaceous glands (the glands that make the oil on our skin) with various concentrations of endocannabinoids (substances produced by the body that are similar to the active ingredient in marijuana).
Then they measured the production of lipids (fat cells, such as those in skin oil), cell survival and death, and changes in gene expression and compared these outcomes to those in an untreated control group.
“This research shows that we may have something in common with the marijuana plant,” said Gerald Weissmann, MD. “Just as THC is believed to protect the marijuana plants from pathogens, our own cannabinoids may be necessary for us to maintain healthy skin and to protect us from pathogens .”

The same reward pathways in the brain that are fired up by food, sex, and many illicit drugs — and even the anticipation of such highs — are triggered by pleasurable music as well, according to a study by researchers at the Montreal Neurological Institute and Hospital.

Like those other pleasure cues as well, listening to music is associated with the release of the neurotransmitter dopamine.

Published in the journal Nature Neuroscience, the results may offer insight into why music, which has no obvious survival value, is prevalent and significant across human society.

The research team measured dopamine release in response to music that elicited “chills,” changes in skin conductance, heart rate, breathing, and temperature that were correlated with pleasurability ratings of the music. “Chills” or “musical frisson” is a well established marker of peak emotional responses to music.

Using novel combination of PET and fMRI brain imaging techniques, researchers found that dopamine release is greater for pleasurable versus neutral music, and that levels of release are correlated with the extent of emotional arousal and pleasurability ratings.

“To our knowledge, this is the first demonstration that an abstract reward such as music can lead to dopamine release. Abstract rewards are largely cognitive in nature, and this study paves the way for future work to examine non-tangible rewards that humans consider rewarding for complex reasons.”

According to lead investigator and doctoral candidate Valorie Salimpoor, “Music is unique in the sense that we can measure all reward phases in real-time, as it progresses from baseline neutral to anticipation to peak pleasure all during scanning.”

“It is generally a great challenge to examine dopamine activity during both the anticipation and the consumption phase of a reward. Both phases are captured together online by the PET scanner, which, combined with the temporal specificity of fMRI provides us with a unique assessment of the distinct contributions of each brain region at different time points.”

The study also showed that two different brain circuits are involved in anticipation and experience, respectively: one linking to cognitive and motor systems, and hence prediction, the other to the limbic system, the emotional part of the brain.

Cranial sacral therapy (also known as craniosacral therapy) is a gentle, noninvasive form of alternative medicine that deals with the movement of the fluid surrounding the skull and spine. Cranial sacral therapists ease the restrictions of nerve passages by focusing on the membranes that encase the central nervous system.

Cranial sacral therapy seeks to restore misaligned bones to their proper position and is thought to eliminate the negative effects of stress as well as provide relief from migraine headaches, neck and back pain, temporomandibular joint disorder (the inflammation of the joint that connects the lower jaw to the skull) and more.