Weed All About It! Linda Runyon, a Wild Chef, Says We Should Veg Out on Crabgrass and Clover
By Dan Chu, Martha K. Babcock 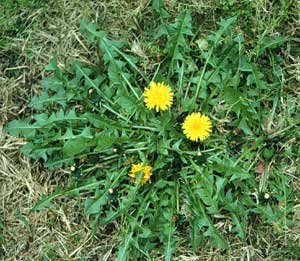 When Linda Runyon talks about lawn food, she definitely doesn’t mean fertilizer. She’s talking weeds. While crabgrass, dandelions and clover are the nemeses of backyard gardeners, Runyon, 52, views them as the very staff of life and adventures in good eating.

An expert on weeds and other wild foods, and a strict vegetarian—”an environmentarian,” she calls herself—Runyon’s mission is to teach people that nutritious edibles are springing up all around us free for the picking. Her sell-published Lawn Food Cook Book offers such delicacies as cattail stem soup, a quiche concocted of dandelions, and a casserole of brown rice and thistle root. With common weeds as the mainstay of one’s diet, Runyon claims, it is entirely possible to reduce the monthly grocery bill to about $30 per person, not counting the time-cost of gathering the pesky produce. Her greatest triumph in transforming weeds into food occurred several years ago. “I fed 200 people off 10 square feet of grass,” Runyon recalls. “I spent 10 or 15 minutes on the lawn every day, and in about three weeks I had enough weeds to rent the town hall at Indian Lake, N.Y., and serve 200 dinners.” Paying just $3 a head, the townspeople were enthusiastic about the event, but Runyon was told she would have to get a restaurant license to do it again. 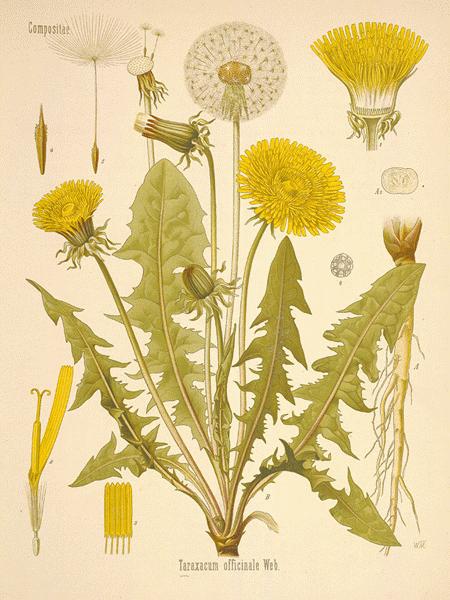 Giving an example of the wild riches available all around us, Runyon says she gets most of her own protein from just one lowly weed: by dining in clover. “If I don’t eat it raw as salad, I dry the leaves in the oven—bring it to 300 degrees—and later crumble it to powder. It’s the strongest flour there is, so I usually add a little whole wheat flour to dilute the herby taste. Around a campfire we would add some water and cook it on hot rocks to make pancakes.”

Pine nuts, which Runyon calls “the chocolate of wild food,” are her favorite snack. One problem, though, is that a cup contains 816 calories, “so I have to be careful,” concedes the 5’2″ Runyon, “because I gain weight.” But for energy, she advises, “take a couple of pine needles, twist them in the middle and suck out the juice. Pine is loaded with vitamin C—one bough is the equivalent of a couple of crates of oranges. And a large tree theoretically could feed a whole town.” Runyon hastens to add an important caveat for human grazers: Some plants are highly dangerous or potentially fatal. To keep foragers from toxic mistakes, Runyon sells a deck of “Wild Cards” ($10) with photos of the 52 safest common herbs. She’s working on a companion deck of 15 common poisonous plants to avoid, such as mandrake and poison ivy. Plants subjected to weed or insect spray must be strictly avoided, of course, as should plants growing within 100 yards of roadways, because cat exhaust contaminates them with cadmium and lead.

Before chowing down on unfamiliar plants, Runyon strongly recommends that the wild foodstuffs be identified through the use of three separate, reliable field guides. Even after doing that, “I’ll take a small piece, roll it between my fingers, rub the crushed piece on my gum and wait 20 minutes. If it doesn’t get numb, itchy, or burn, I’ll take another little piece of it and make a cup of very weak tea as a toxic test.”

A twice-divorced New Jersey native who is a registered nurse, Runyon first developed an affinity for tasty weeds during childhood summers spent at a 430-acre Adirondack tourist camp owned by her grandparents. In 1972 she chose to return to a life in the wild in upstate New York. For 13 years she homesteaded with her second husband and her youngest child, Todd (her other son, Eric, and her daughter, Kim, remained with their father in New Jersey), in spartan cabins and abandoned logging camps, where the cooking was done outdoors and much of the food was foraged. Out of necessity, Runyon gained a thorough knowledge of edible wild plants, most of them found in all parts of the U.S. The weed lady has written a field guide, and she now lectures extensively on the subject to Boy Scouts and ladies’ garden clubs, among others.

As proof that nature does provide in unexpected ways, Runyon makes 14 varieties of herb vinegar and 18 different wild-food wines. Cattails are good in soup, she says, or can be boiled and eaten like corn on the cob, while the versatile and nutrition-laden lamb’s-quarters leaves make a splendid flour. Even the widely scorned Digitaria sanguinalis—that’s crabgrass—should not be disdained. With its “sweet, mild, oat bran-like flavor,” says Runyon, it’s terrific in cookies. Mrs. Fields, take note.