On her ethereal new album Souled Out and in person, she’s open about this, as she’s open about most things. During a visit to BuzzFeed’s New York office, the singer, mother, and free spirit explained why weed is a part of her life.

1. Smoking weed can unlock your creativity.

Especially in the studio, Aiko said. A self-identified “social smoker, not a pothead,” she said smoking can help open her mind and allow it to tap into ideas she didn’t know she had. The best ideas, she said, always come not when she’s most high, but when she’s coming down.

2. And bring you closer with your girl friends.

Aiko said when she’s smoking weed with other women, they crack hilarious jokes, but also open up. Being high can facilitate deep, emotional conversations, not just goofy ones.

3. It can soothe cramps and headaches.

4. And can be a way to claim some time that’s just for you.

On the song “Blue Dream,” Aiko sings to a strain of weed of the same name like it’s a lover. Her enthusiasm, she said, isn’t because she thinks smoking weed is a good replacement for a romantic relationship, but because she cherishes the time she spends getting high as time she takes for herself. It’s all about “loving that ‘you’ time,” she said.

5. Getting high can help your remember and reaffirm positive thoughts you have about yourself.

Smoking can be like meditation, Aiko said. But because of that, it’s important to “make sure your thoughts are high” before you are too. If you’re already down, smoking can make you feel worse. But if you place some positive thoughts in your mind, being high is a great opportunity to focus on them, which can bring your spirit up long after you’re sober again.

6. And help you show others that you believe that women should have all the same opportunities as men.

Getting high isn’t a thing boys do, Aiko said. That’s because there’s really no such thing as a boy’s thing — Aiko rejected the idea that any habit, good or bad, is gendered.

7. And relieve some stress during the early years of motherhood.

Aiko’s got an elementary-school-aged daughter, Namiko. She never smokes around children and wouldn’t advise others to. But she said that smoking a couple puffs in the hours after her daughter has been dropped off at school can be productive — allowing her some space to de-stress and get her own affairs in order before sober family time in the evening.

8. The right weed can replace coffee.

Not all weed makes you lazy, Aiko said. Her favorite strain, Blue Dream, lifts her mood and makes her want to write and be productive. Fittingly, it also doesn’t have a skunky, heavy smell — but a citrusy, bright one.

9. Being high can put you on the same wavelength as your significant other.

Well, “as long as you’re both smoking the same stuff.”

10. And help you see the other side when you’re having an argument with someone important.

On her song “2 Seconds,” Aiko sings: “Man I wish I had some weed up in my system / Cause I’m bout two seconds away from just flippin’ out.” She said that being high has helped her approach important conversations with a calm, level head. Weed has helped her to not just speak from emotion and pragmatically work through issues, she said.

11. But most of all, smoking weed can help you find your own limits.

“Everything in moderation,” Aiko emphasized. Social smoking can be great, but for her, finding that right dose and strain was a crucial first step.

Ditch the apples, a daily dose of Ganja will keep the doctor away! 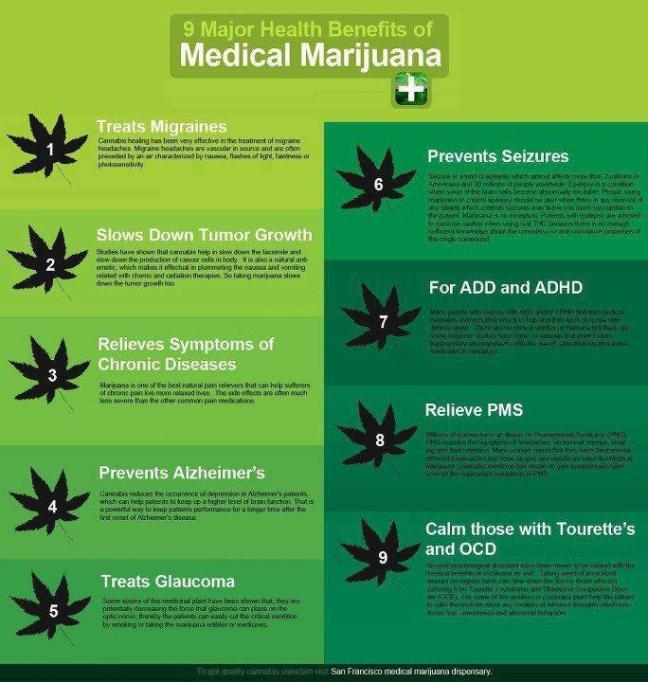 While attending this years Cannabis Cup in Oakland, Ca I had the pleasure of meeting Mike, Cashy’s father. Before capitalists ruled the earth, shamans would treat the people. Mike reminds me of a Shaman, he definitely acted as one for his son. Thank heaven he did.

Jerusalem hospital shows off vaccine that destroys cancer in 2 shots.

When I was a kid, I was sick all the time. Lactose intolerance, colds, viruses and the list goes on. Ever since I took matters into my own hands, I have been without illness but maybe 2 times in almost 2 decades.

As the cold & flu season approach, all the advertisements for shots and pretreatment medications begin popping up everywhere. I can’t help but be reminded of how I am feeling great! I don’t feel as though anything can penetrate my blissful well-being.

I attribute it all to my copious cannabis consumption.

IF stress is the main cause of most illness, and marijuana helps people to experience OCD with regard to cleaning, what a winning combination to stay in tip-top health!

Low/No stress & an immaculate household make for a healthy lifestyle! 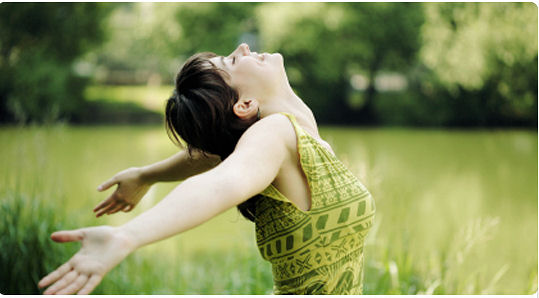