Impact of Sexual Side Effects

DO SEXUAL SIDE EFFECTS OF MOST ANTIDEPRESSANTS JEOPARDIZE ROMANTIC LOVE AND MARRIAGE?, PRESENTED BY HELEN E. FISHER, PHD

Primary Neurochemicals of Each System

Interaction of These Systems

Adaptive Mechanism of Depression and Conclusion 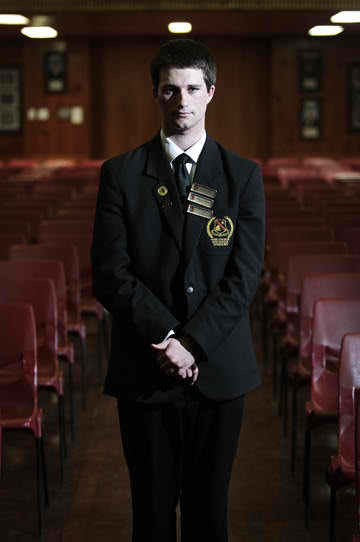 The idea of controlling someone’s thoughts instills threatening ideas of governments dominating and tracking our every move like robots.

But 18-year-old Hamish Annan is using mind tricks to bring a magic show like no other.

Packed with magic, suggestion, psychology, misdirection and showmanship, it will blow your mind.

Annan is dubbed a psychological illusionist and said he uses psychology and human habits to read into people’s actions and essentially, read and control their minds.

He said his show Paradox is not like your average magic show.

“I don’t saw women in half and I don’t have huge fire cages and people swinging from ceilings and doing all of these sorts of grand things that Criss Angel or those sorts of people do. It’s more me and the other person and their thoughts. Because it’s psychology, people sort of fall into certain patterns so I can work out how people are going to respond to different things.

He also said he uses different methods to try to “frame the situation’’ and get his randomly picked guests to fall under his control.

Annan said his show was designed to make sure the audience is highly involved and everyone has a lot of fun.

He said they randomly involve 30-40 members of the audience in each show and this selection process involves chucking a ball out so that there is no chance of rigging the show.

“I’ve heard some pretty funny theories on how I do it,” he said.

The theories range from audience rigging to peeking through his thick blindfold or even having a secret peeker on stage for him.

“I try to blur the lines between ‘is that a trick or was that real?’,” he said.

He is so confident in his ability to read your mind to pick a number, he will be betting an audience member $500 that he can pick their number. A word of advice – he picked mine, three times.

“If I lose my $500 on the first night, we obviously won’t have that in the second show,” he quips.

He doesn’t believe that anyone is psychic though, just that people can read into psychological triggers.

“If someone walks up to me and says “what am I thinking of?”, there’s no way that I could possibly know. It’s more that when I frame the situation that let’s me pick up things and makes my job easier. So rather than being psychic or a mind reader, there’s some sort of psychological explanation it.”

There will be two showings of ‘Paradox’ on the 25th and 26th of September at 7.30pm at the Hamilton Boys High School Hall.

Tickets are $10 for students or $15 for adults and are available fromwww.hamiltonfringe.co.nz.

So if you feel like a mind boggling experience, head along and prepare to be tricked, puzzled and amazed. Just a quick piece of advice: if you meet him in the street, don’t take him on at a friendly game of Paper, Scissors, Rock. He will win. 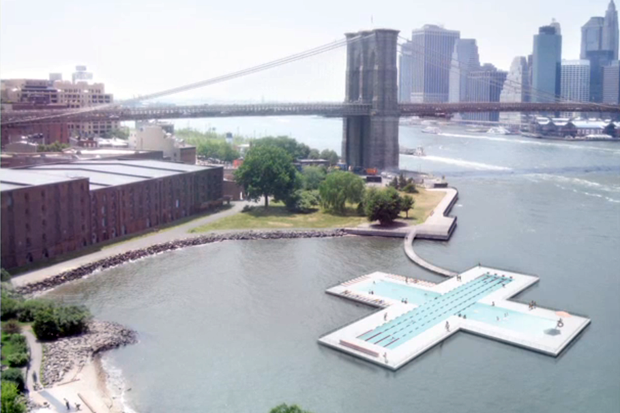 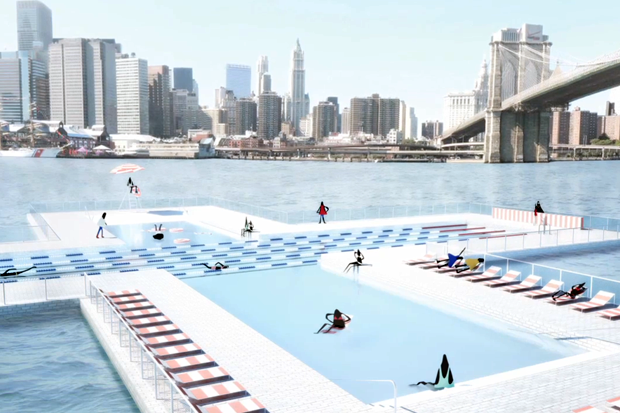 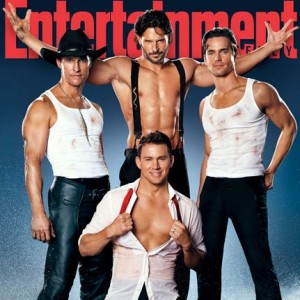 Gotta love a good stripper movie all colorful, sparkly and damn, damn, DAYUM guys…keep up the great work in the gym!

This movie must’ve been written for Matthew McConaughey. His character embodies all that we’ve seen him doing through the media in his personal life. You’ve got your take charge McConaughey, the naked dancing while playing the congas McConaughey and much much more. Channing Tatum is a spectacular dancer and does not disappoint in the least.

It was a feast for the eyes. Delicious adonis’ shaking what their Mommas made them for all to see.

Things you will need before seeing this movie:

1. Pre arranged booty call for the extremely hot and bothered you, directly after exiting said theater, for at least a duration of 2 hours.

6. Seats away from the row of good ole’ boy unsuspecting ancient white men

(8 & 9 are what all the die hard ladies bring to the male revue club, so why shouldn’t you)

The urge to “YIP” “WHISTLE” and “YAWH” has never been so strong in a multi sex audience. The boys were so hot, didn’t care! It was an accurate depiction of “shaking the weasel” & night culture.

AND WELL looky here, Matthew sure did throw in some of his signature moves by his own request:

Five Non-Beefcake-Related Things That Will Surprise You About Magic Mike | Bitch Media.

This guy has got the idea. If you weren’t sure how women are responding, check out the squealing example here, then apply it to a movie theater setting:

ABOVE ALL ELSE, THIS IS A “FEEL GOOD” MOVIE because of all the sweet ass to behold. Never mind any emotional plot & ENJOY!!!

This is good for anyone , even you, reading this right now. Chances are you’re typing often. Save your hands! 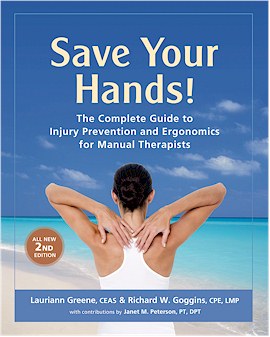 Echo Park resident Daiana Feuer is best known for the trend-setting New L.A. Folk Festival and as a music writer. But she’s also busy at Los Globos in Silver Lake.

Cal Arts grad Daiana Feuer wears many hats as a writer, and a producer of music events around town, including the critically-acclaimed New Los Angeles Folk Fest.

The latest version kicks off Friday, May 25 at 9 p.m. It features L.A.’s own Dreamers in a record release party.

We asked Feuer to tell us in her own words how the sometimes loud and often electric FEVER fits into her more acoustic pursuits.

Here she is, in her own words:

I started the FEVER party series, not because there’s any shortage of dance parties in town, but because there needs to be a space for something vital and different to flourish in all its wild weirdness. I want to present music that has an experiential quality that you can’t dismiss.

I guess I’m a little bit intellectual about it, considering I’m throwing dance parties. But I think there needs to be a place where these abstract notions can thrive in an entertainment setting, and it doesn’t have to be presented in an art gallery.

For some who know me from The New LA Folk Festival, it may come as a surprise to see me drooling over synths and alien disco, but both these pursuits of mine stem from the same place, the outside, the fringe. I didn’t realize I was coming from left field until someone told me that there wasn’t an audience for what I was talking about. I was like, no way, this is the future! That’s why I love being part of L.A. RECORD, because it nurtures that.

It’s what Bukowski would puke on, showing his appreciation. That’s why the magazine let’s me be late on every deadline, because I’m doing something that I care about, and I have a hard time doing anything else. What I’m interested in is experimental and inclusive, and I think it can be for everyone, if they receive it in the right context. I want a 360 degree experience that activates all the senses. So it’s about the setting, it’s about the music, it’s about art and connecting, it’s about something that makes you walk away feeling like you won’t ever forget you were there.

As a child, that attracted me and excited me about music. How you could close your eyes and get swept away by a record, or you could go to a show and just lose all inhibition by the spectacle that you saw before your eyes. As a music journalist, I became a bit disillusioned by the cattle mentality of the industry and the fact that the audience seems lost in the mission of many concerts. It gave me writer’s block, it gave me life block. I want to apply myself creatively to making experiences. And doing something that matters whether there’s 5 people there or 500 that feel totally engaged by what’s going on.

Tonight, I’m hosting some of my favorite performers, who really inspired me the first time I saw them. I was like, home! I hope that everyone can find something that awakens the child in their hearts. If it isn’t at one of my events, that’s ok, too. But I think there’s something for everyone, somewhere.

I am in awe. Motion designer/director Chris Abbas used photography from NASA’s Cassini-Huygens spacecraft to create an absolutely beautiful, meditative short film of Saturn, her rings, and her moons, building motion from the publicly available archive of sequenced stills.

Interesting note: Vimeo user Hynee explains that the streaking star trails seen near the end and throughout are “navigation system calibration runs; the spacecraft uses spinning wheels to stabilize itself, and [they need] to be checked on.”

The music is 2 Ghosts I from Nine Inch Nails’ Ghosts I–IV album. 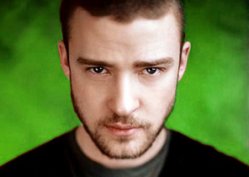 In a recent interview with Playboy, the former ‘N Sync frontman couldn’t have been more upfront:

PLAYBOY: Is it a creativity booster? I read you were stoned for much of the time you made Justified.

TIMBERLAKE: The only thing pot does for me is it gets me to stop thinking. Sometimes I have a brain that needs to be turned off. Some people are just better high.

It’s an interesting interview, and JT seems like a pretty cool guy. Hollywood seems to think so too: JT is playing starring roles in the upcoming Bad Teacher, Friends with Benefits and other films.

This isn’t the first time JT has talked about his herb-smoking habits. I thought he looked baked on that episode of Punk’d!

I was starting to wonder if Timberlake had been hot-boxing the studio with the boys from The Lonely Island after seeing these hilarious collabo music videos from Saturday Night Live. I’ve been getting high and watching these for a month:

Dick in a Box

The guys from The Lonely Island – Andy Samberg, Akiva Schaffer and Jorma Taccone – feature Snoop Dogg on the title track of their new album, Turtleneck and Chain, and just told MTV what they learned while hangin with the Doggfather: