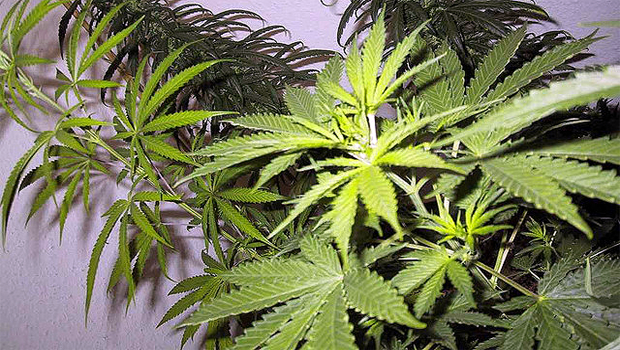 An extraordinary discovery may someday give the controversial notion of “medical marijuana” a potent new meaning.

Turns out that the recreationally popular cannabis plant contains compounds that could stop and even reverse the growth of various aggressive forms of cancer. The finding, initially reported in 2007, may lead to the development of an effective treatment without toxic side effects.

Since the late 80’s, researchers have investigated the possibility that marijuana may possess anti-tumor properties. It began after a biologist in Madrid noticed that exposing brain cancer cells to tetrahydrocannabinol (THC), the chemical responsible for that sensation of being “high,” caused them to die. Follow-up studies conducted at Harvard University confirmed that injections of THC and other compounds known as “cannabinoids” lead to a positive outcome, both slowing down tumor growth by killing cancer cells while leaving healthy cells virtually unscathed.

Now a pair of scientists at California Pacific Medical Center in San Francisco are hoping to take what has been years of promising research a step further. Dr. Pierre Desprez in collaboration with his research partner Sean McAllister found that the compounds halted the spread of cancer cells by disabling ID-1, a gene shown to be a mechanism for the kind of rapid metastasis common in aggressive types of cancer such as lung and brain cancer. After a series of lab tests using a non-psychoactive chemical extract called Cannabidiol to treat malignant human breast cells in mice, the researchers hope to develop a pill that can demonstrate efficacy in human clinical trials.

It took us about 20 years of research to figure this out, but we are very excited,” Desprez, told the Huffington Post. “We want to get started with trials as soon as possible.”

The researchers hope to develop a safe drug that, at the very least, can be integrated into a patient’s treatment program and help to lessen the toxic effects of conventional therapies such as chemotherapy. Another advantage is that as a non-psychoactive chemical, CBD wont produce any mind-altering effects and, in case you’re wondering, it won’t leave the door open for those who want to inhale it.

“We used injections in the animal testing and are also testing pills,”  Desprez  said. “But you could never get enough Cannabidiol for it to be effective just from smoking.”

4 thoughts on “Is marijuana a potential cure for cancer?”