Everyday We Write the Book

“Everyday I Write the Book” is a true song by Elvis Costello and it’s also our aim —to post news, analysis, and relevant history that people interested in the medical marijuana movement might find useful.

I’ve been covering the movement in earnest since 1996, when California voters passed Proposition 15, which allowed doctors to approve cannabis use by patients. It’s a big story with many facets —science, politics, law, medicine, history, economics— and a cast of thousands, and a supporting case of millions.

My day job as an editor at the University of California San Francisco enabled me to follow advances on the scientific front. And I had good connections on the political and medical fronts, including Dennis Peron —whose San Francisco Cannabis Buyers’ Club had given rise to the Prop 215 campaign— and Tod Mikuriya, MD, the Berkeley-based psychiatrist who had published the suppressed pre-prohibition medical literature on marijuana and helped draft Prop 215.

In 2000 I joined the ranks of law enforcement as public information officer for the District Attorney of San Francisco, Terence Hallinan. Getting an inside view of how the “War on Drugs” is actually prosecuted —even in the city and county of San Francisco under “America’s most progressive DA”— confirmed my outside view. Two-thirds of all criminal cases involve drugs. Enforcing drug prohibition is the excuse for maintaining an outsized police force. Abolition in one county can’t be achieved.

In 2003 I producedO’Shaughnessy’s in support of Dr. Mikuriya, who was being prosecuted by the Medical Board of California. Tod had organized a group of doctors (now called the Society of Cannabis Clinicians) who were monitoring cannabis use by patients. He wanted a journal that would publish the SCC doctors’ findings and observations, and keep them up-to-date on what scientists were learning about the endocannabinoid system, and report on relevant political and legal developments of interest. By design, O’Shaughnessy’s came out as a cross between a medical journal and a defense-committee leaflet. “Hybrid vigor!” Tod proclaimed.

He died in 2006. The SCC abides under the leadership of Jeffrey Hergenrather, MD. O’Shaughnessy’s abides as a tabloid distributed by SCC members to their patients —and now online. Martin A. Lee has been an editor since 2009. 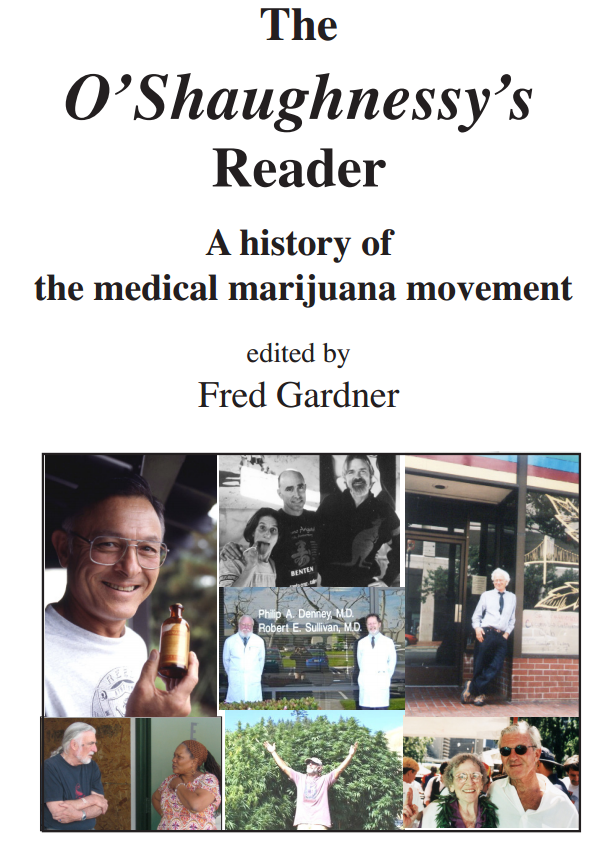 via The O’Shaughnessy’s Reader | Society of Cannabis Clinicians.